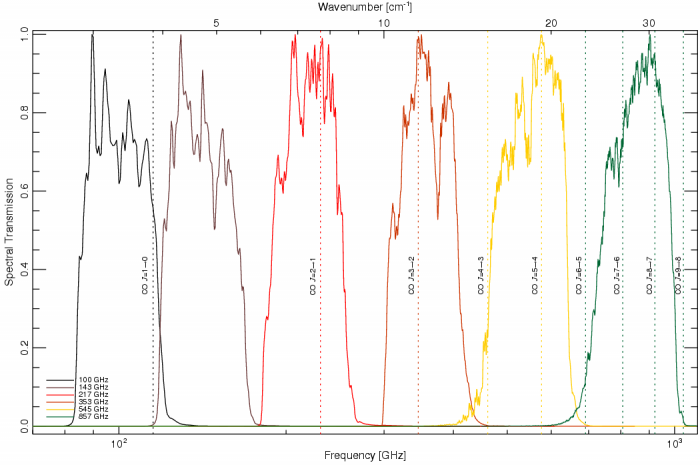 Variation of individual detector contribution to band-average frequency maps across the sky, for various HFI surveys.

The following table presents basic characteristics of the HFI detector spectral response, including optical efficiency, effective frequency, etc. Further details on the definition of these parameters are available in Planck-2013-IX[1].