We use the Hausman test[2] to assess the consistency of auto and cross spectral estimates at 70 GHz. We define the statistic: 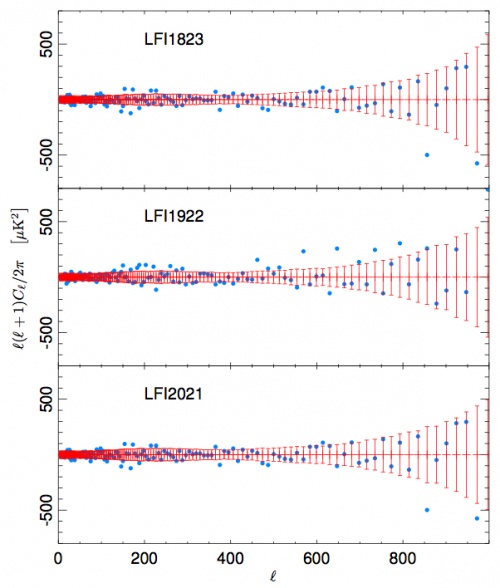