There are 27 files for all combinations of the 9 instrument bands and 3 surveys. The files themselves are:

Finally the data have been masked by the per-survey SkyMap hit-maps in order to remove areas which were flagged during the processing (mainly planet crossings). The survey_3_partial DatesObs files are unmasked as no survey_3 maps are available.

Note the datesobs files cannot be read by Healpix's IDL read_fits_map routine as it is not expecting string content. There is no problem with the standard AstroLib mrdfits. 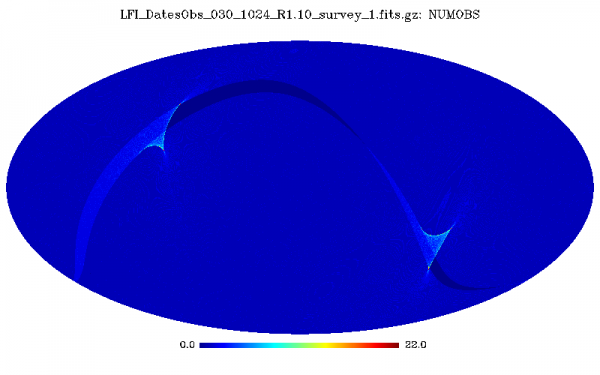