We describe here how the TOIs are processed in order to be used for map production. We do not repeat the general features of the pipeline, which are given in the HFI Data Processing paper Planck-2013-VI[1] for PR1 and Planck-2015-A07[2] for PR2. Here we give complementary explanations in some detail. The TOI of each bolometer is processed independently of the other bolometers, so as to keep the noise properties as uncorrelated as possible. The processing involves modifying the TOI itself for the conversion to absorbed power and the correction of glitch tails. It also adds a flag TOI that masks the TOI samples that are not to be projected onto maps for various reasons. 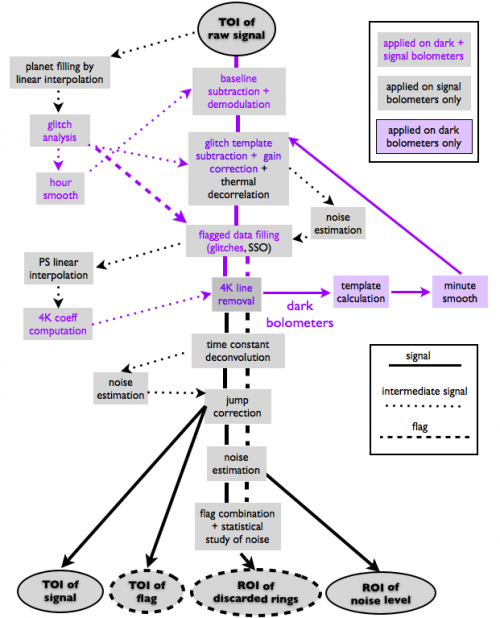 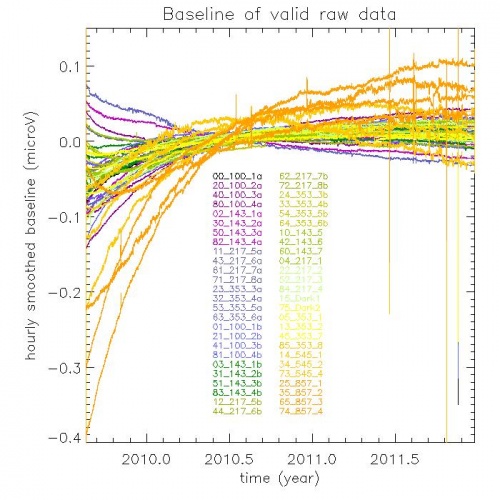 The glitch rate per channel is shown in the figure below. For details, see Planck-2013-X[3] 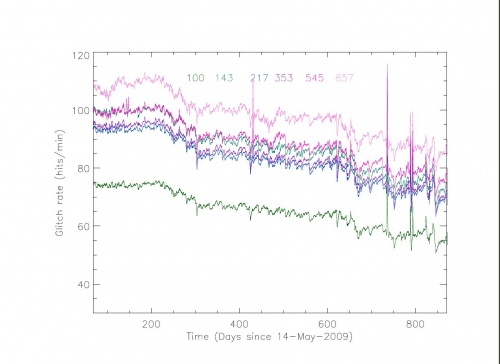 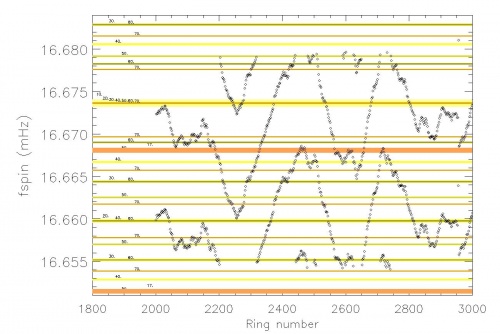 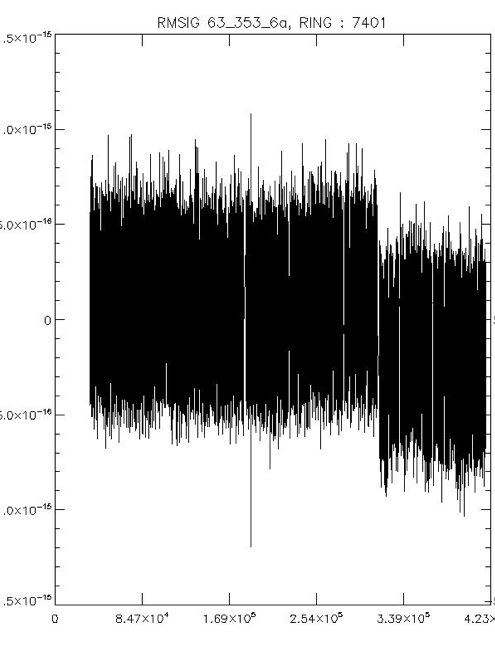 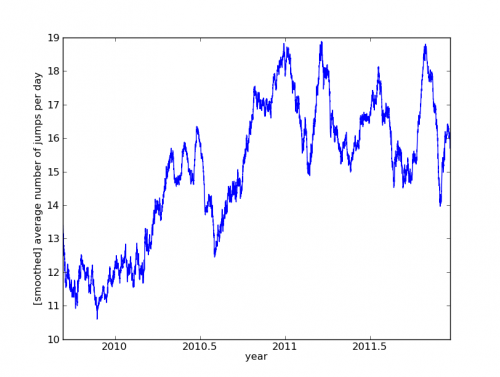 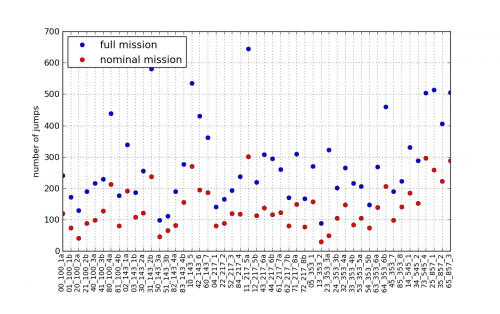 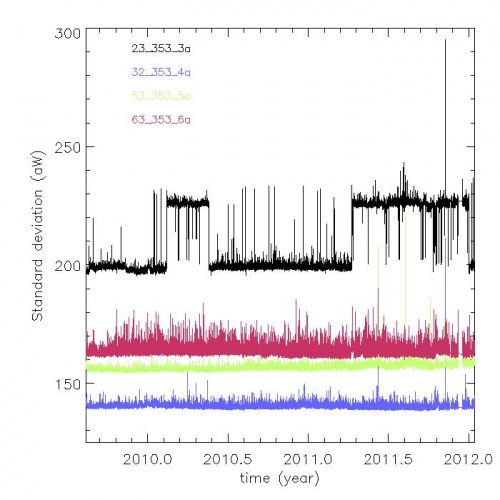 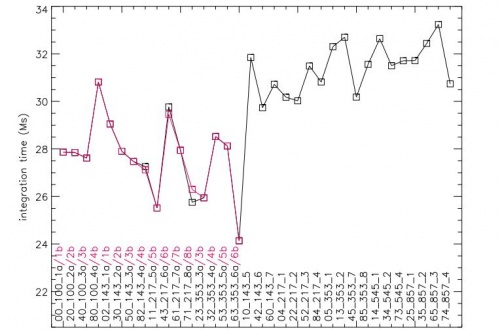