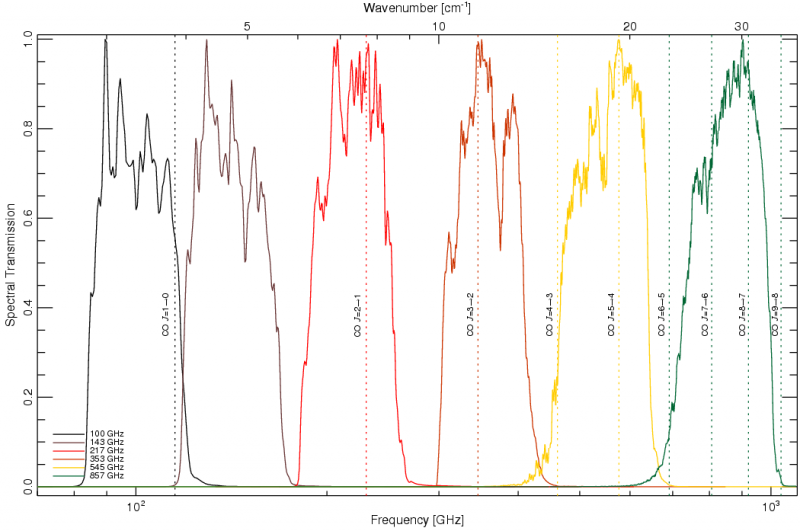 The following table presents basic characteristics of the HFI detector spectral response, including optical efficiency, effective frequency, etc. Further details on the definition of these parameters are available in #planck2013-p03d.