To fully exploit the information contained in the large scale structure of the microwave sky, a pixel-pixel covariances are needed in the maximum likelihood estimation of the CMB power spectrum. However, full covariance matrices are impossible to employ at the native map resolution due to resource limitations. A low-resolution dataset is therefore required at the low-[math]l[/math] analysis. This dataset consists of low-resolution maps, and descriptions of residual noise present in those maps given by pixel-pixel noise covariance matrices (NCVMs).

Number of different schemes to obtain the low resolution maps are discussed in [4]. We chose to downgrade the maps using the inverse noise weighting. See Planck-2013-II[1]Planck-2015-A07[3] for discussion.

The noise model was given in the form of the three noise parameters: white noise level [math]\sigma[/math], slope, and knee frequency [math]f_{\rm knee}[/math]. We actually used three sets of noise parameters one for the entire mission (noise parameters are listed in Table 1), and one per each sky survey (SS1 and SS2).

The output of the NCVM module of Madam map-maker are inverse NCVMs. Since the inverse matrices are additive, we divided the computations into a number of small chucks to save computational resources. Therefore we firstly calculated one inverse NCVM per radiometer per survey at resolution [math]N_\mathrm{side}=32[/math], and secondly combined the individual inverse matrices to form the actual inverse matrices. The map-making parameters were almost identical to the standard map-making runs. The differing parameter values are listed below:

Having calculated the eigen decomposition in the previous step, we can apply the same linear operators to modify the eigenvectors as was applied to the high resolution maps while downgrading them. The eigenvectors are downgraded to [math]N_\mathrm{side} = 16[/math] using inverse noise weights, and subsequently the temperature part is smoothed with a symmetric Gaussian beam with [math]\mbox{FWHM} = 440\,\mbox{arcmin}[/math]. 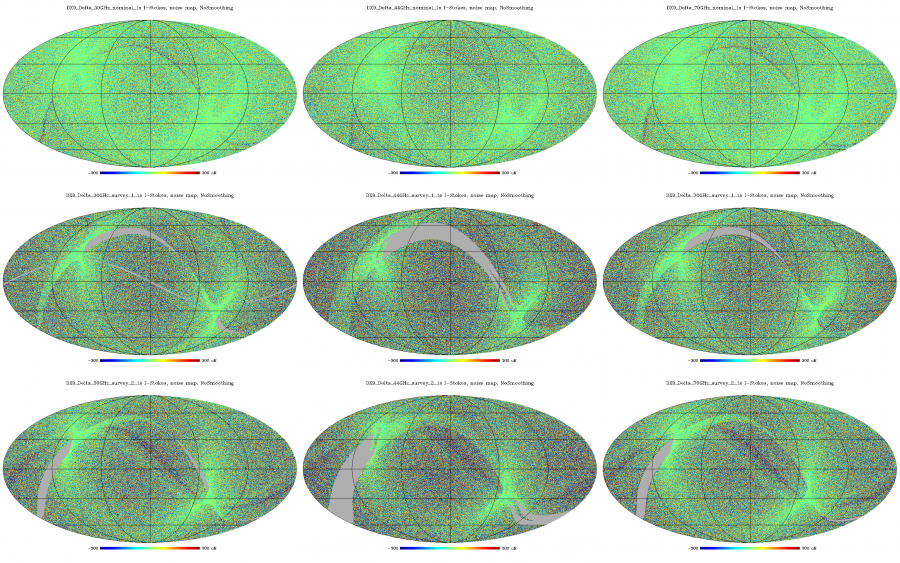 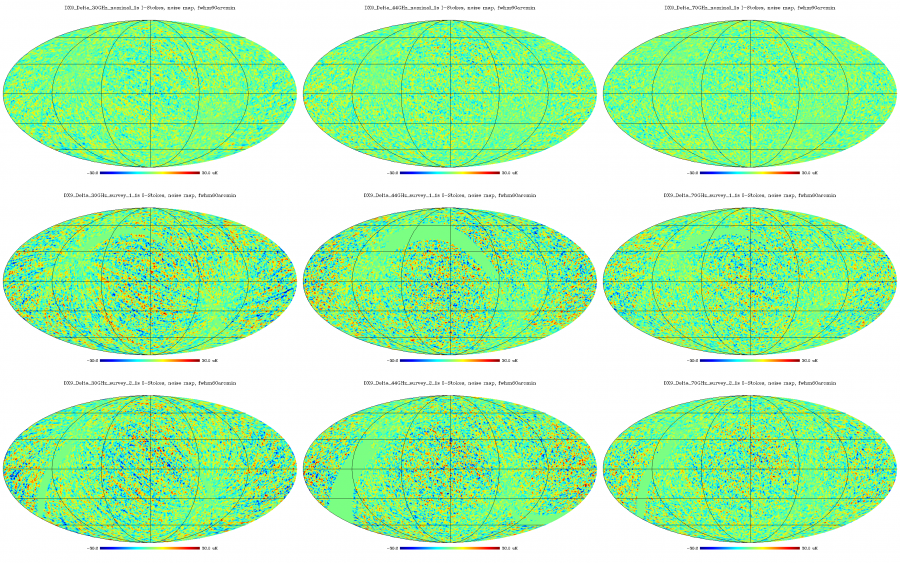 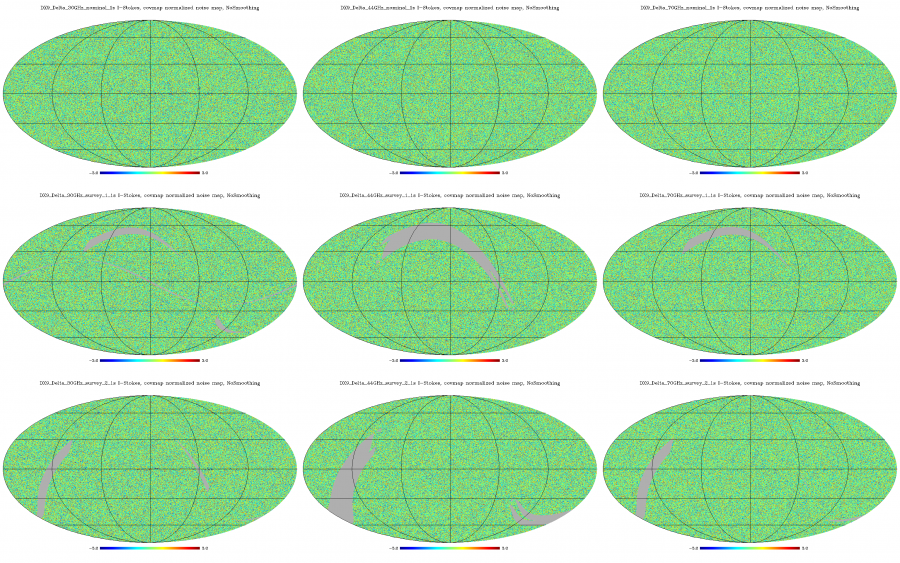 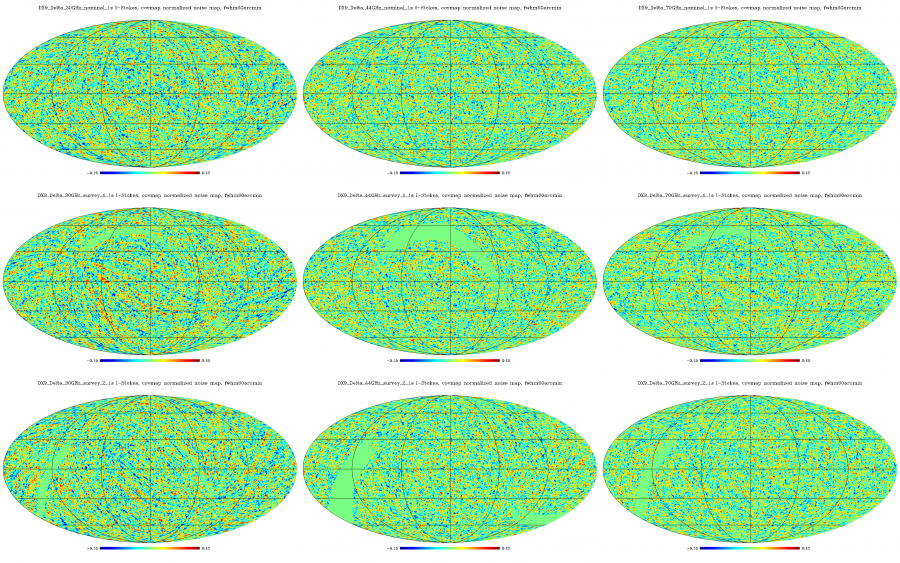 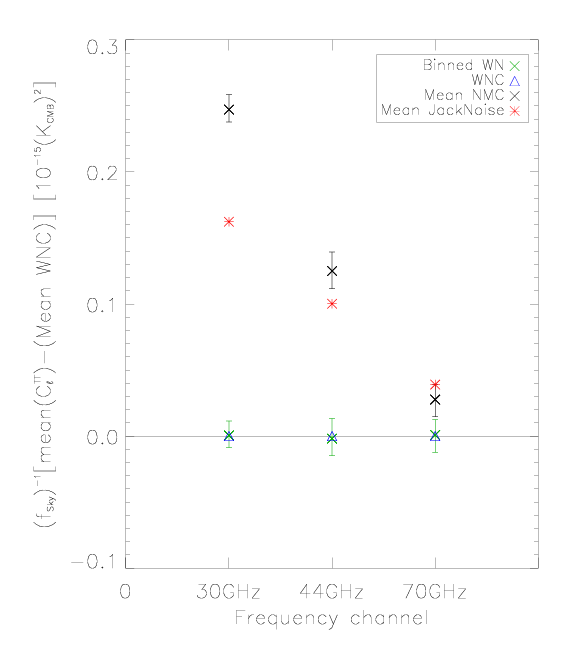 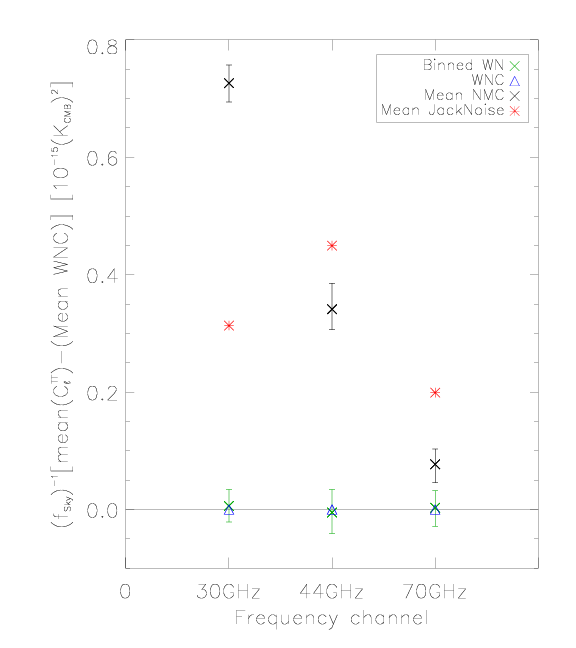 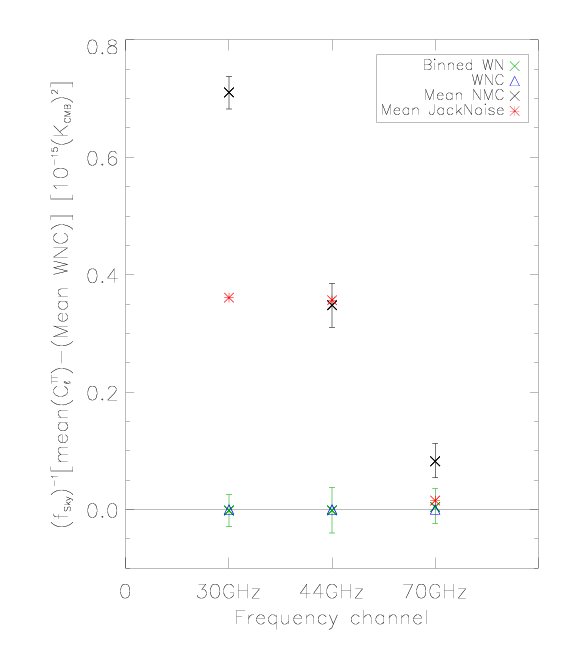 Here [math]f_\mathrm{sample}[/math] is the sampling frequency of the instrument. The noise parameters were determined separately for each radiometer as described in Noise, assuming they stayed constant over the mission. 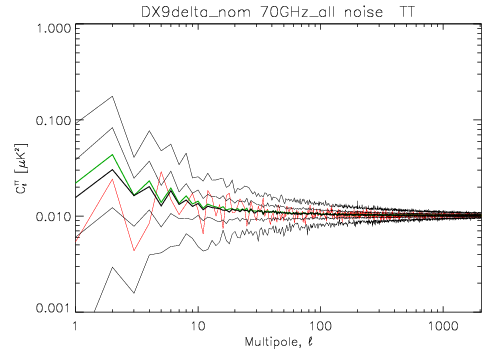 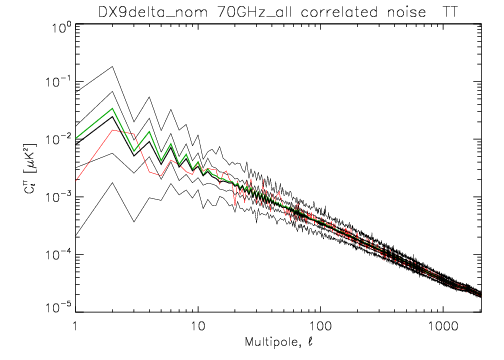