In these bolometers, the absorber consists of a metallic grid deposited on a Si3 N4 substrate in the shape of a spider web. The mesh design and the impedance of the metallic layer are adjusted to match vacuum impedance and maximize the absorption of millimetre waves, while minimizing the cross-section to particles. The absorber is designed to offer equal impedance to any linearly polarized radiation. Nevertheless, the thermometer and its electrical leads define a privileged orientation that makes the SWBs slightly sensitive to polarization, as detailed in Planck-PreLaunch-IX[3]. The thermometers are made of neutron transmutation doped (NTD) germanium [4], chosen to have an impedance of about 10 MΩ at their operating temperature. 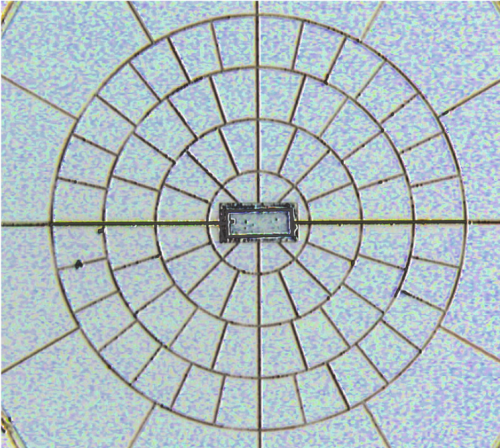 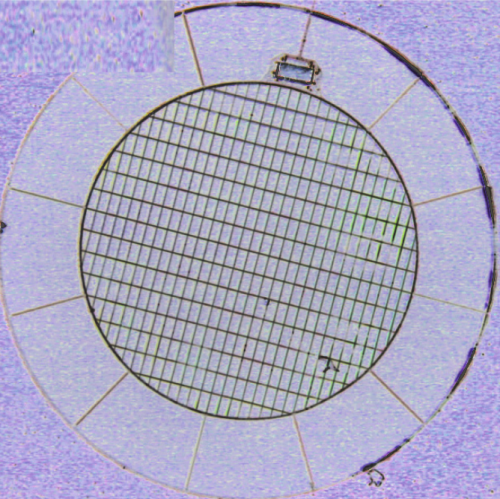 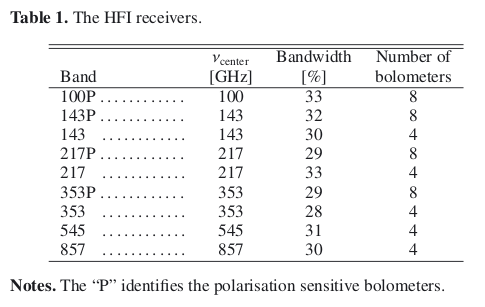 The layout of the detectors in the focal plane is defined in relation to the scanning strategy. The HFI horns are positioned at the centre of the focal plane, where the optical quality is good enough for the high frequencies. The curvature of rows compensates for the distortion of images by the telescope. A pair of identical SWBs will scan the same circle on the sky to provide redundancy. Similar horns feeding PSBs are also aligned so that two PSBs rotated by 45° with respect to each other scan the same line. This will provide the Q and U Stokes parameters with minimal correction for the pointing Planck-PreLaunch-IX[3]). Residual systematics will come from the differences between the beam shapes of the two horns. In all cases, except for the 100 GHz horns, a measurement is also done by a pair of similar channels shifted by 1.25 arcminutes in the cross-scan direction, to ensure adequate sampling. The focal plane layout is reported in the figures. 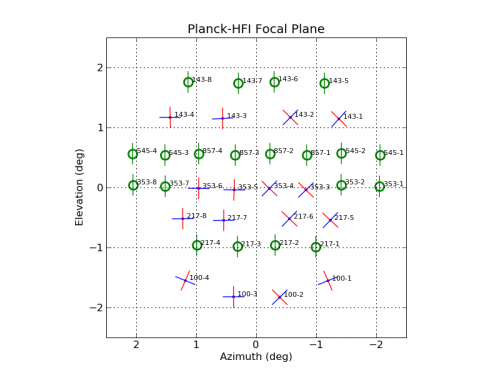 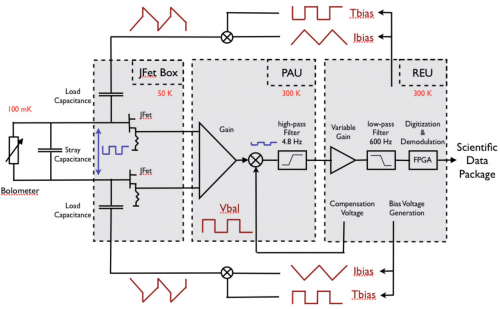 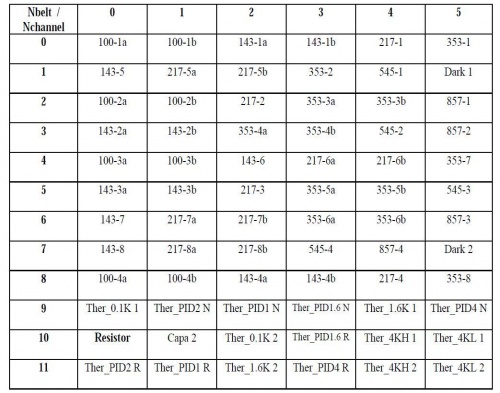 The time response of the HFI bolometers and readout electronics is modelled as a Fourier domain transfer function (called the LFER4 model), consisting of the product of a bolometer thermal response F(ω) and an electronics response H'(ω):