This section is intended to provide an overview of the instrument and of its different sub-systems. Two papers that include and detail this information are available: LAMARRE, Jean-Michel, PUGET, Jean-Loup et 93 co-auteurs, " Planck pre-launch status: The HFI instrument, from specification to actual performance", Astronomy and Astrophysics, Volume 520, id.A9 (20 pages, A&A Homepage), 09/2010. and Planck-HFI Core Team and 165 co-authors. " Planck early results. IV. First assessment of the High Frequency Instrument in-flight performance", Astronomy & Astrophysics, Volume 536, id.A4 (A&A Homepage) 12/2011." Additional detailed information potentially useful for the use of the HFI data will be included into this section or annexed to it. 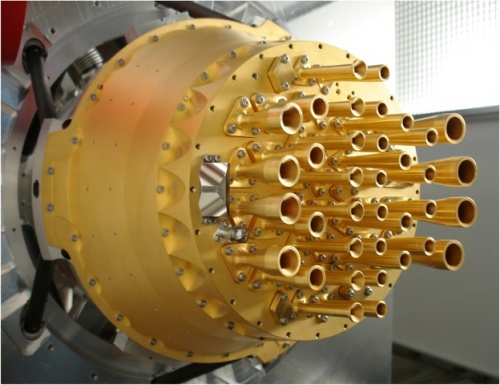 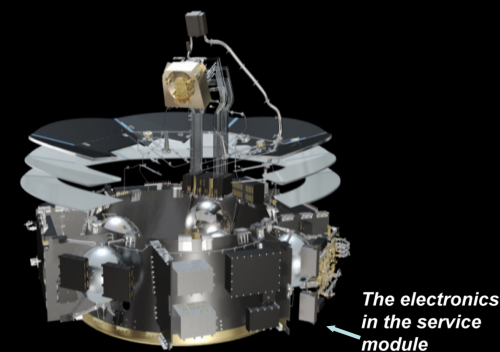 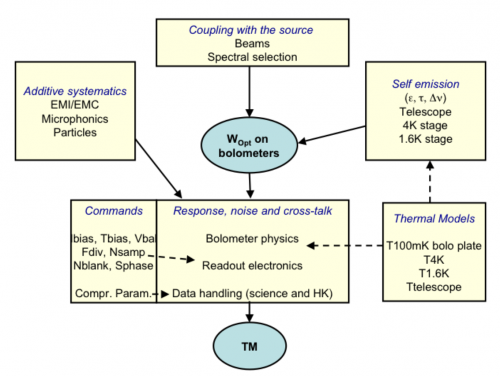 The telescope and horns selects the geometrical origin of photons. They provide a high transmission efficiency to photons inside the main beam, while photons coming from the intermediate and far-side lobes have very low probability of being detected. This essential characteristics is known by a complex process mixing ground measurements of components (horns, reflectors), modelling the shape of the far side lobes, and measuring in-flight bright sources, especially planets.

The filters and bolometers define the spectral responses and absolute optical efficiency, that will be known mostly from ground based measurements performed at component, sub-system and system levels reported in this document. The relations between spectral response and geometrical response will also be addressed.

Photons absorbed by a bolometer include the thermal radiation emitted by the various optical devices: telescope, horns and filters. They are transformed in heat that propagates to the bolometer thermometer and influence its temperature which is itself measured by the readout electronics. Temperatures of all these items must stable enough not to contaminate the scientific signal delivered by the bolometers. How this stability is reached is described in section 2.4.1_cryogeny.

Since the bolometer thermometer is part of an active circuitry that also heats it, the response of this system is complex and has to be considered as a whole. In addition, due to the modulation of the bias current and to the sampling of the data, a complex time response is expected, which modifies the beam shape resulting from the scanning of point sources. Section 2.4.1._time response is dedicated to the description of the time response.