A general description of the product, including e.g. figures related to the contents (e.g. maps, tables), and some explanation of its scientific meaning. If there are scientific warnings about the use of the product (User’s caveats), they should also be given here, or at least references to other explanatory documents (papers etc).

The effective beam is the average of all scanning beams pointing at a certain direction within a given pixel of the sky map for a given scan strategy. It takes into account the coupling between azimuthal asymmetry of the beam and the uneven distribution of scanning angles across the sky. The effective beam captures the complete information about the difference between the true and observed image of the sky. They are, by definition, the objects whose convolution with the true CMB sky produce the observed sky map. 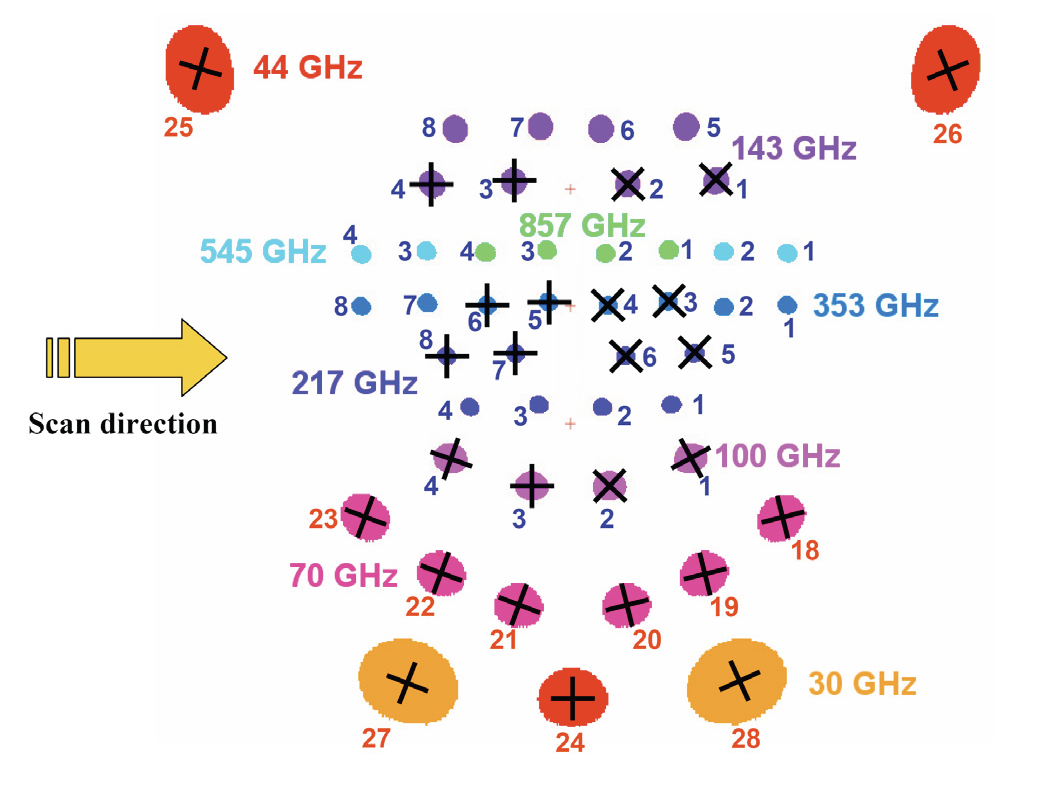 Description of the Pipeline used to generate the product. In particular any limitations and approximations used in the data processing should be listed. Avoiding detailed descriptions of methods and referring to other parts of the ES and/or the relevant Planck papers for the details. References however should be quite detailed (i.e. it is not enough to direct the user to a paper, but the relevant section in the paper should be provided).

In order to optimize the generation of such effective beams for HFI and LFI detectors, and to deploy the data and associated application software at the DPC, the requisite pre-computation is executed at NERSC in Berkeley, and deliver the beam data over the network, on tape, and disk to the DPC, and assist in ingesting the data into the DMC, developing pertinent I/O routines, and instaing the applications that use effective beams, e.g. fast Monte Carlo full sky convolution.

Effective beams are located at nersc: and in both the HFI and LFI DPCs at: