The Planck Operational State History (POSH) provides an easily accessible summary of the status of the Planck spacecraft, throughout the course of its mission. It should be useful to scientists as a complement to the data they are analyzing.

Due to the type and quantity of data that describes the state of a satellite and its instruments, it is common for it to be spread over a large number of files and formats which may have to be retrieved from a large number of systems. In addition there are a significant number of potentially interesting occurrences during the mission which are not found in any one single repository; examples are mission milestones, definitions of operational days and anomalous events. The POSH provides the state of the spacecraft and its instruments in an easily accessible way at any given time. States included are the operational phases and the operational status/mode of each of the major payload components. The intention being that this information could be used to assist not only in the operational work in monitoring the status of the survey but also as a data source that could be consulted whilst analyzing science data.

Two main record types are stored in the POSH: 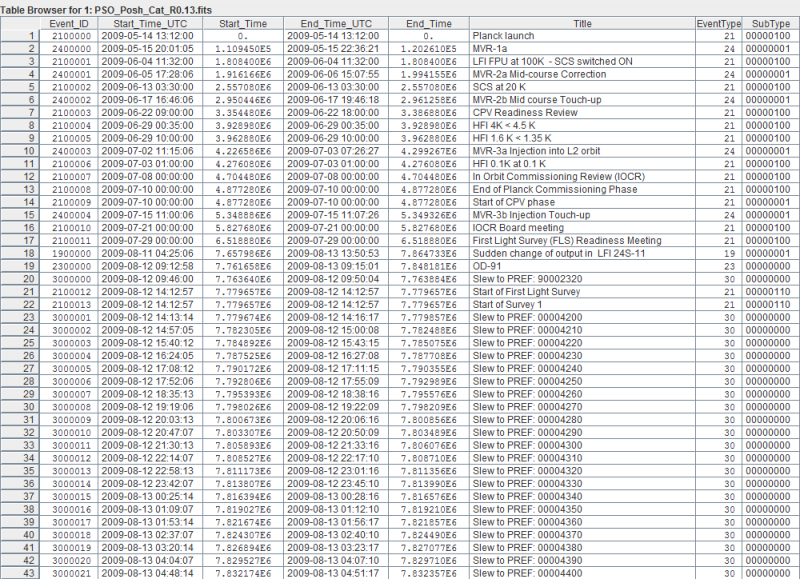 The full dataset and accompanying documentation can be downloaded here