The Planck observation strategy, or scanning strategy, makes use of the characteristics of the Planck spacecraft and orbit in order to achieve the survey goals in terms of sky coverage and scanning directions. 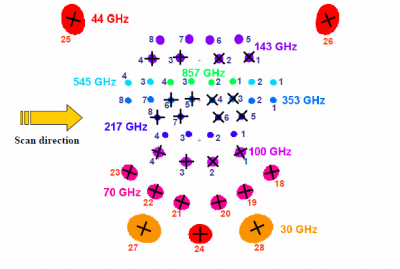 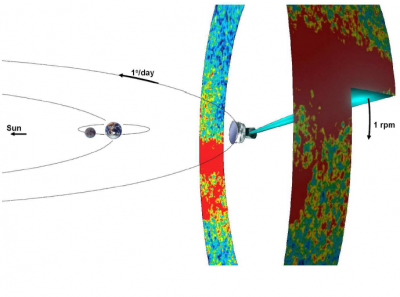 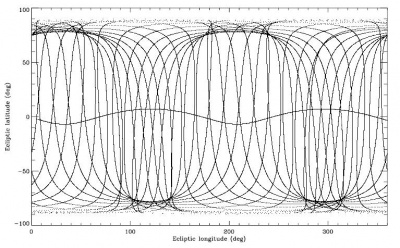 An approximate visualisation of the Planck scanning strategy can be found here [1] and there [2].

This concerns mostly the Crab Nebula for polarizer calibration purposes. 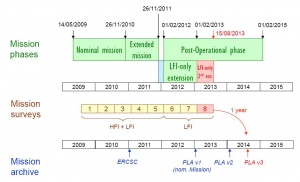 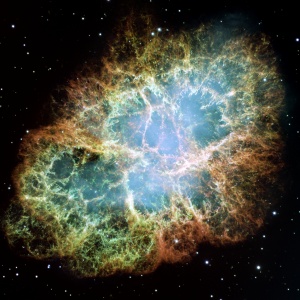 The Crab Nebula (Messier 1, NGC 1952, Taurus A), here seen by the Hubble Space Telescope. This supernova remnant is highly polarized and as such represents the main polarization calibrator for Planck. 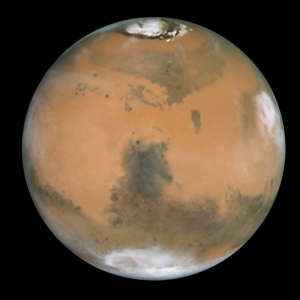 Mars as seen by the Hubble Space Telescope in 1999. Mars is a particularly interesting calibrator for Planck because of its proper motion. However this proper motion makes it difficult to observe it many times during the mission.

The integration time after the end of HFI operations (January 2012) is shown in the following pictures.

Units are seconds per square degree for all maps. The projection is full-sky Mollweide centered on the Galactic Centre.

The LFI-25 (44 GHz) radiometre integration time at the end of the cold mission.

The LFI 30 GHz integration time at the end of the cold mission.