The extreme sensitivity provided by the 100 mK bolometers and the HFI architecture provided a new view of the submillimetre and millimetre sky, with a noise level not far from the fundamental limits set by the photon noise of the observed source. However, expected and unexpected systematic effects were seen, the most noticeable of them being the spikes in the signal produced by cosmic rays hitting the bolometers and their immediate surroundings.

The noise performance of the HFI bolometers is measured on timelines which have been cleaned of features such as glitches, and from which the signal has been removed. The cleaning process has evolved overtime and the measured noise characteristics have correspondingly changed. The diagram below (from Planck-Early-V[1] illustrates the main steps of the cleaning process.

The figures below show examples (from Planck-Early-V[1]) of the cleaning and signal removal process. 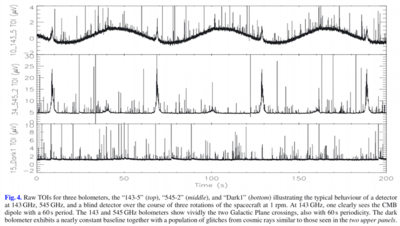 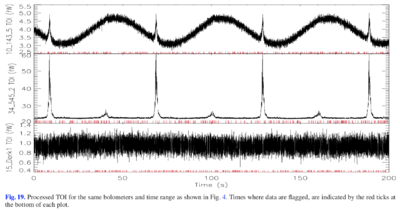 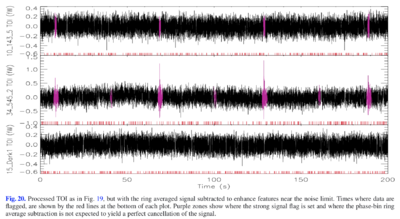 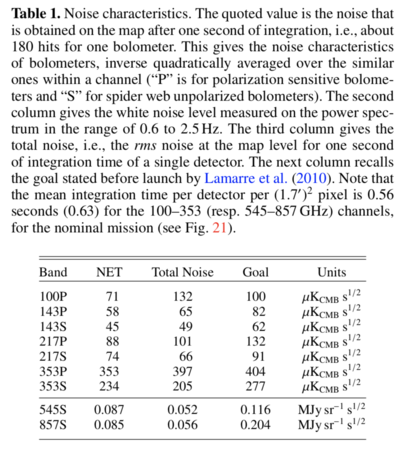 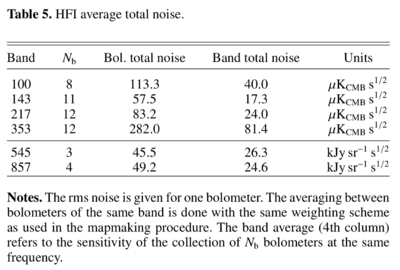 The overall sensitivity for the 2013 release was around that announced as the goal in the "bluebook" [4] , i.e. 2 times better than the required sensitivity. These numbers improved by about √2 when the whole mission data become available.

After basic processing and cleaning, the bolometer noise power spectra still contain non-white components, as can be seen in the following spectra (from Planck-2015-A06[3]). 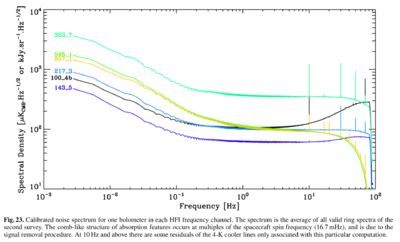 The noise characteristics also vary slightly during the mission, as can be seen in the following diagrams (from Planck-2015-A06[3]; note that the horizontal axis labels are left-right transposed). 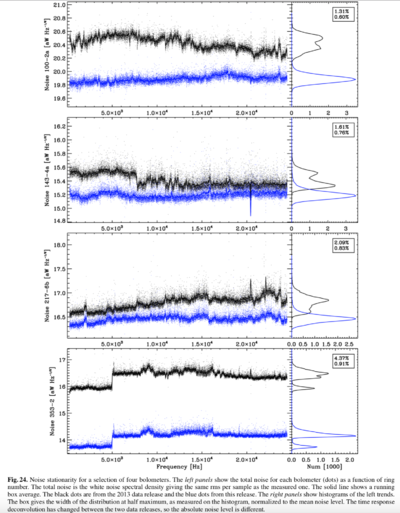 A four component noise model is fitted to the data, as exemplified in the figure below (from Planck-2020-A3[5]).

The most recent analysis of detector noise characteristics can be found in Planck-2016-XLVI[6]; an example spectrum is in the figure below. 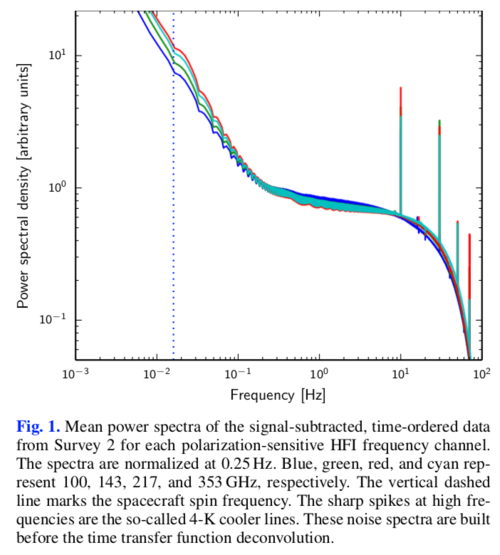 Average characteristics of the HFI can also be estimated at map level. The table below gathers parameters based on the 2013 release. The sensitivity here is obtained from the half difference of the half rings.