A full description of the remaining systematic effects is included in Planck-2020-A3[2]. The two figures below extracted from that paper provide a snapshot of the levels of the main effects remaining in the 2018 polarization maps, estimated using realistic simulations and/or jack-knife tests on the data itself. 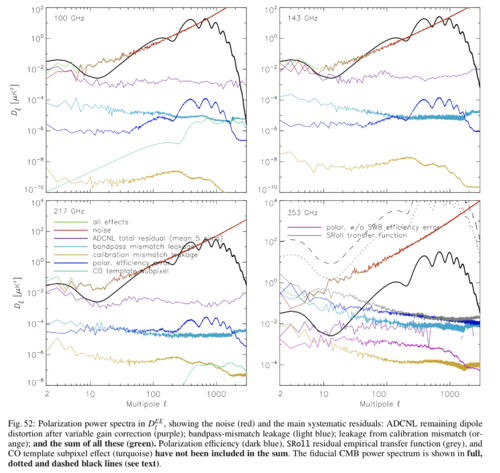 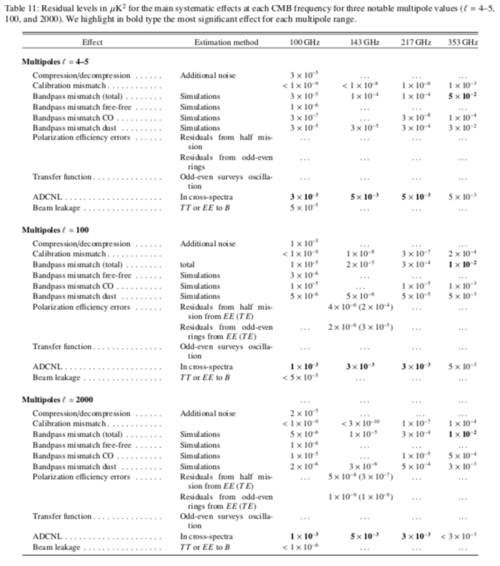